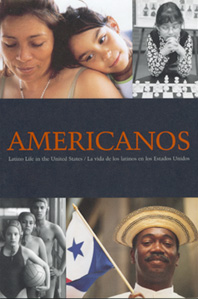 In late Spring 1998, Edward James Olmos invited Curt Fukuda to participate in the Americanos Project, created by Dr. Lea Yarra, Manuel Monterrey and Olmos himself. He requested close-up portraits of latinos who had Asian features. The purpose of Americanos was to explore the complexity of interconnected cultures and present a portrait of Latino America.

Although Fukuda’s involvement with the project was too late to have photographs included in the Time Warner book, he was one of 30 photographers who contributed to the traveling exhibition.

Curt thanks the following people who helped him on the project: Mark Briggs, Rigo Chacon, Carmen Johnson, and Monica Limas.

Americanos opened at the Smithsonian Museum of American History in 1999 and toured until 2004.